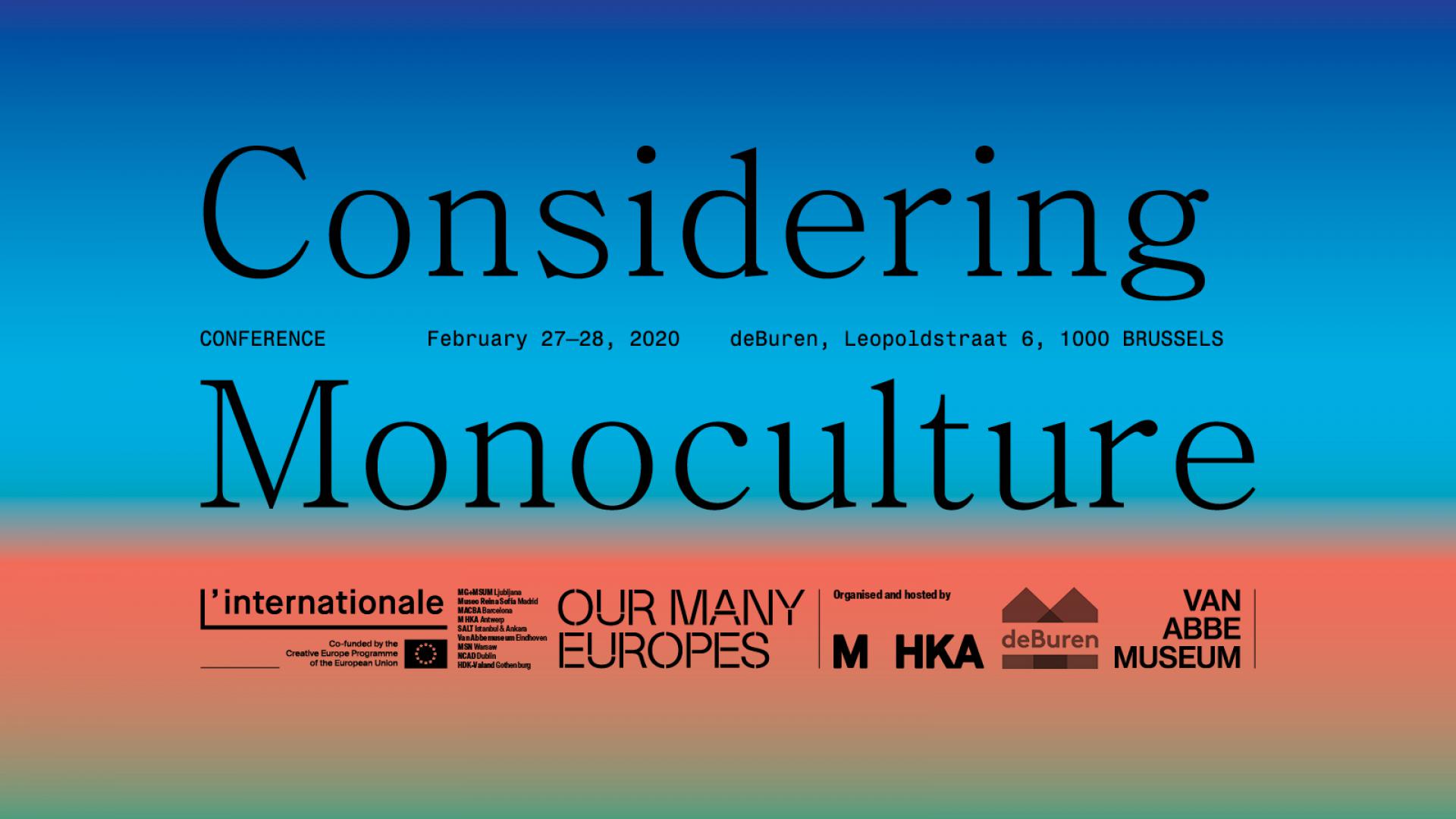 M HKA, Van Abbemuseum and deBuren are co-convenors of the two-day conference Considering Monoculture. This two-day interdisciplinary programme will consider current and historical manifestations of monoculture as well as its implications for art, culture and its institutions.

Considering Monoculture takes place in Brussels at deBuren on 27 & 28 February. It will include a lecture by Chantal Mouffe, and a series of papers, activities and artistic presentations.

The convenors understand monoculture to be the homogeneous expression of the culture of a single social or ethnic group. The conference does not tie monoculture to a specific set of politics or single ideology, and does not set it against the discourse and rhetoric of multiculturalism, which emerged in the 1990s in Western Europe.

It does recognise, however that in recent years, the combination of anti-globalisation sentiment, conflict, terror, mass-migration and the perceived counter-hegemony of identity politics, has created the conditions for new forms of identitarianism to emerge. Across Europe and much of the globe, a drive for national monoculture, in which societies are understood through adhering to homogenous racial, cultural, ideological or religious parameters, has entered the mainstream. For some, this raises the question of where the limits of tolerance for cultural diversity in society should lie.

For the cultural field, often considered as having a secular, elitist, cosmopolitan and socially-liberal basis, it is no longer enough simply to denounce the tendency towards monoculture as an abhorrent form of intolerance.

At the same time, how could the recent turn towards indigenous practices within artistic discourse, as well as the common framings of art via race, ethnicity or other distinctions of identity or marginality, also itself be seen as contributing towards new forms of essentialism? And what space does this leave for genuine debate and exchange across different cultures?

How real, it will ask, is the supposed essentialism of monoculture, and what might we identify as the positive qualities of its self-image? What possible alternatives might serve us for the future, given the 'failure' of different forms of multicultural projects that has been proclaimed across the political spectrum?

Is now the time to consider afresh concepts such as multiculture and diversity? What are the ramifications of the turn towards monoculture for existing forms of democratic politics? Finally, the programme will ask how specific artistic and institutional practices can help us understand and address the consequences for the arts within these debates.

Following an open call for participants, this programme has been developed to explore the concept from multiple perspectives, looking to the fields of art, philosophy, linguistics and politics. Contributors will touch on a diverse set of contexts, from the Bandung conference of 1955, contemporary Flanders, the concept of Eurasia or the monolingualism of the visual arts.

Tickets via deBuren. Meals and drinks included in the ticket prices.

If it is difficult for you to afford to purchase a ticket, please contact us via info@deburen.eu before Friday February 14, and we will seek to reserve a ticket for you.

18:20 Jonathan Lambaerts: The blind spot in our liberal thoughts on cultural diversity

20:15 Mi You: Eurasia networks: an ecology of practices in common

20:45 Jyoti Mistry: Negotiating the proposition of monoculture by exploring identity politics and subjectivity

14:00 Vera Mey: The darker shades of unity in diversity: testing the limits of regionalist tendencies in modern and contemporary Southeast Asian art

15:50 Philippe Van Parijs: Do thriving democracies need to be monolingual and monocultural?

19:00 Chantal Mouffe: How to envisage cultural diversity from an agonistic perspective

By M HKA, Van Abbemuseum en deBuren. Organised in the framework of 'Our Many Europes': a EU-funded programme organised by L’Internationale.

About the L’Internationale Confederation

About Our Many Europes

Our Many Europes is a four-year programme (2018–2022) comprising exhibitions, public programming, heritage exchange and institutional experimentation across the Internationale confederation. The programme takes the 1990s as a starting point when our current Europe was born. It aims to think speculatively about the role of culture as a driving force in showing who and how we are in the world.

This project has been funded with support from the European Commission. It reflects the views only of the author, and the Commission cannot be held responsible for any use which may be made of the information contained therein. 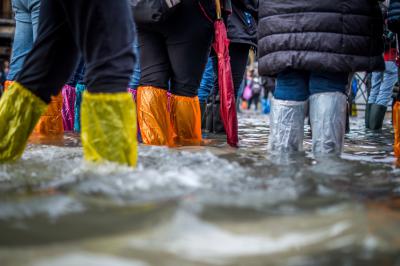 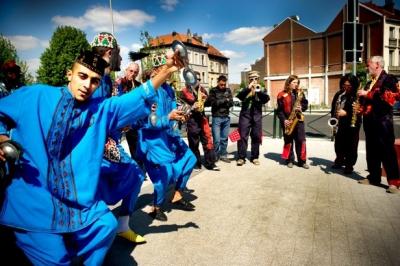