"Au Boulot", or: how to make a film about Brussels?

Maria Tarantino is making a film about Brussels. That is why Tarantino, deBuren and the Beursschouwburg organise a public dialoge on May 5 on the intriguing question how to make a film of the complex, layered entities cities are. In this essay she discusses the challenges she faces and how "Amsterdam Global Village" by Johan Van Der Keuken inspires her.
Door Maria Tarantino op 31 aug 2015
Tekst
Politiek & samenleving

I am making a film about Brussels, trying to. I have been busy with this project for a while, walking through the city, talking to people, taking images. And I would like to discuss some of the issues/questions I am dealing with in the form of a public dialogue on May 5 (Beursschouwburg). The best way to talk about my film is to talk about another film, one that already exists and which has been of much inspiration for my own. Last Saturday I travelled to Amsterdam to meet Peter Van Huystee. He's the producer of “Amsterdam Global Village” by Johan Van Der Keuken, possibly one of the most intriguing films made about a city.

Cities are complex, layered entities. They are like fossils, which retain the imprint of past events, and like living organisms, animated by different activies and traversed by disparate human trajectories. Many stories could be told about any single city but Van Der Keuken tells the story of the city itself, not its history, not a nostalgic celebration of the past, but a frank portrait of its present condition. This is a hell of a decision to take. It is like saying that you have found a way of reproducing something which in fact can never be fully grasped or summed up. So if you go for it, you must have some good reasons.

My talk to Pieter Van Huystee quickly turns out to be about this, about the good reasons that push someone to make a film in a certain way. He tells me that Johan Van Der Keuken was returning from a long trip abroad one night when he found a tramp sleeping on his doorstep. He was annoyed because he had to climb over the tramp to reach to his door. The next day he started thinking about his annoyance, about the fact that normally he would have felt some empathy for the homeless man, that during his travels abroad he always tried to keep an open mind about the strange things he saw...basically, with these questions in mind he went up to his producer and told  him that it was time to make a film.

I like this anecdote very much because it reveals something essential about films, namely the fact that they are born from within the heart of their maker -from a discomfort or a tension, with oneself or the world, emotionally or intellectually - and that self-criticism is there from the very beginning.

In his film script Van Der Keuken describes a city that has changed, neighborhoods which he rarely visited before and where he sometimes feels out of place. Instead of harking back to the old village or claim some sort of ancestral right as to how things should be, he writes that “Amsterdam is the place where I should film the turmoil in the world, to try to turn the unknown into the familiar”. This is the essential, strong decision behind the film and you see it at work in all the images to come. From the young Moroccan courier zooming through the streets to deliver photographs to the Nigerian funeral party or the Japanese kindergarden, we are taken beyond the surface value of faces and situations into moments of real encounters.

At one point Van Huystee asks me at what moment I decided to make this film.  I remember that moment well. I was stuck in the traffic on rue de la Loi, listening to the news and I suddenly thought about all the different people that live in the city, about the fact that they know so little about each other and yet have so many negative judgements and feelings towards each other. I thought “this city is torn apart: it's time to make a film about it!”.

That is why I called my film “Au boulot: het is tijd om te dromen!”. More than a title, this is a constant reminder of what I mean to do with the film. It is my way of saying “let's get down to the real urgent work” and this work is of the order of dreams, not those night visions that evaporate as you wake up, but the truly visionary acts that can change one's perception.

It has been a real struggle for me to write these lines because in the last weeks I had the feeling that gaps were widening and that perceptions of the city were getting more and more distant and  irreconcilable. A concrete taste of the “the torn apart city” was served up right in the streets I walk by every day and where many of my friends live. I am referring to the urban violence that broke out in St.Gilles after the police shot and killed a fugitive offender who lives in the neighborhood. The violence of the youngsters, the violence of the police, the violence of the politicians who brandish “zero tolerance” as the cure of all evils and the violence of citizens reacting on the newspapers websites – there seemed to be no end to it and no chance for a form of self-criticism, an attempted apology or a constructive gesture.

A film is not there to solve the problems of a city, nor to tell people what to do. A film is a creative gesture, as such it feeds on the existent to restitute one's reflection in the form of a vision. For the public session I chose a picture of the Brussels skyline and I turned it upside down. I didn't mean to be rebellious or anything, I just reversed the picture and took a look at it. Nothing had changed and at the same time everything looked different: the city was suspended on a sea of clouds, with towers and cupolas dripping into it from a heavy mass of colorful houses and gaping windows and with a row of cranes paving an imaginary path...

This is what I would like to do with “Au Boulot”, play with the ordinary images of the city, turn them upside down or sideways, re-arrange it. 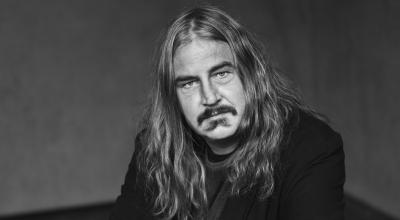 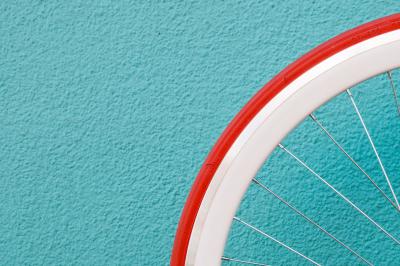