A walk through Iranian-European history 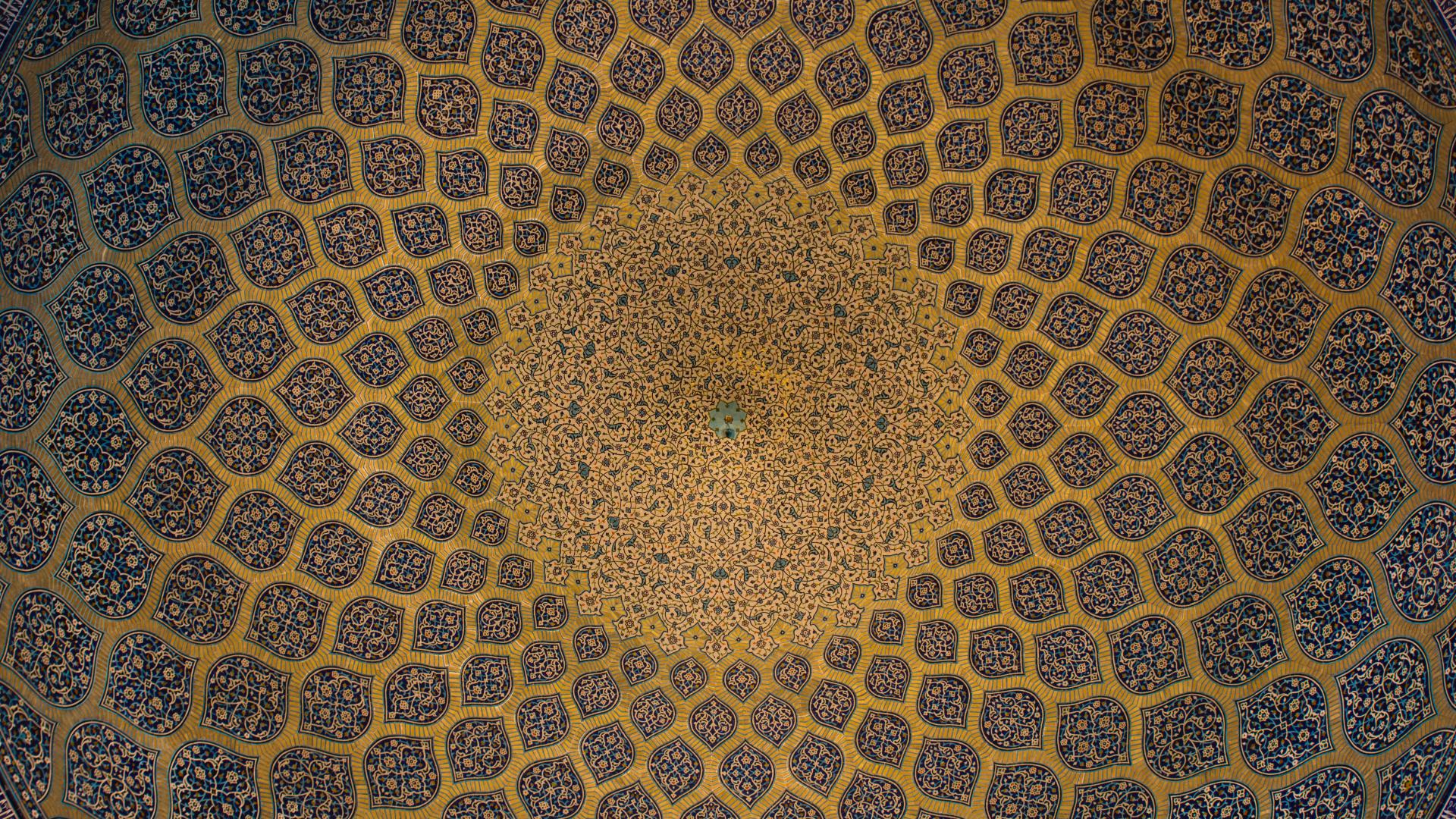 In 1971, Shah Mohammed Reza Pahlavi celebrated 2,500 years of Persian monarchy with an opulent party for hundreds of international luminaries featuring plates of roast peacock stuffed with foie gras, 5,000 bottles of champagne and imperial Caspian caviar. Near the ruins of ancient Persepolis, six hundred guests attended the most lavish official banquet in modern history as recorded in successive editions of the Guinness Book of Records. Among them the heads of royalty and heads of state of European countries like Spain, France, the Netherlands, Belgium, the United Kingdom and Italy – to name only a few.

Eight years later, the Islamic Revolution of 1979 caused the friendly relationship of Europe and Iran to cool off. Contrary to the United States, which broke all diplomatic relations with the Islamic Republic after the seizure of the U.S. embassy, Europe kept talking and trading with Iran. Still, relations between Europe and Iran have never really gone back to ‘normal’. Especially since Mahmoud Ahmadinejad was elected president in 2005, Europe often seems at a loss in how to handle the fanatic regime in Tehran. The European Union acknowledges the problem on its website: “There is great potential for deeper relations between Iran and the EU. Whilst practical cooperation between the EU and Iran already exists, the scope is currently well below potential.” Recently, on March 22, the European Union issued a statement calling for Iran to stop censoring the Internet and jamming European satellite broadcasts, but it has not said whether it will take punitive action if Tehran refuses. Faced with the political turmoil in Iran after the rigged elections of June 12, 2009, the European Union seems to be very careful in acting tough on Tehran – an attitude that is partly prompted by the fear that this might add fuel to the regime’s rhetoric that ‘foreign enemies’ want to overthrow the Islamic Republic and harm the legacy of Imam Khomeini.

I do however not want to judge whether the policy of the European Union toward Iran is the ‘right one’. I simply do not know myself - sometimes wisdom resides in knowing that you do not know. Also:

before we start criticizing someone else, we should first think about how we can try to make things better ourselves. As European citizens, we cannot actively define and shape the policy of European leaders, but we can take a stance towards the problems in Iran.

One thing that is very clear to me, both as a journalist specialized in Iran and as a world citizen, is that the political rift between Iran and Europe caused by the Islamic Revolution has had its repercussions on the European mindset. After thirty years of cool relations, Europeans seem to have forgotten about Iran. Before 1979, the friendly contact between Iran and Europe - which of course also had its dark side, but that is another discussion - almost made it seem as if it that Middle Eastern country was part of Europe and the West. Today, Iran has become another world for the majority of Europeans: it is now mostly seen as a gloomy place full of bearded ayatollahs and women in black chador. After the elections of June 12, 2009, media coverage of Iranian youth fighting for their rights in blue jeans and green shirts somewhat changed this perception, but all in all, Europeans generally feel that Iran is a country that has nothing to do with Europe and never really had in the past.

The contrary however is true. Europe and Iran have a long shared history. A lot has been written about the recent European (British) interference in Iran, but I want to focus on the beauty that our shared past has brought about.

We flash back to 2,500 years ago. Probably the most defining exchange between our cultures took place at the time of the Greco-Persian Wars between the Achaemenid Empire of Persia and the Hellenic world, which led to a massive cross-cultural influence. Greek influence on the East has been thoroughly researched, but it is about time to analyze the other direction of exchange – a subject that British historian Tom Holland has dealt with in his masterpiece Persian Fire (2005). When we say that Greece is the cradle of western civilization, we should also mention that the Greeks are indebted to the Persian Empire for many of their great achievements – from economy and culture to politics. To cite only one example: when the famous Odeon of Pericles was excavated, it turned out to have almost the exact same dimensions as the Hall of the Hundred Columns at Persepolis, the capital of the Achaemenid Empire.

We flash forward to the 17th century. The Dutch East India Company has a trading post in the port of Bandar Abbas, and the intense commerce between Iran and the Netherlands leads to intense cultural exchange: Persian people and Persian costumes become a motif in the Dutch paintings of the Golden Age. European art was also very much in demand at the courts of the Safavid dynasty (1501-1736). On January 3rd, 1608, a delegation of Discalced Carmelite monks, arriving in Esfahan from Rome via Kraków, presented to Shah Abbas I one of the most precious treasures of medieval European Christianity. It was an illuminated manuscript with hundreds of large miniatures of scenes and stories from the Pentateuch and the books of Judges and Kings. Shah Abbas was entranced by the book. He spent a long time examining it and ordered that it be provided with captions in Persian to better understand it.

Persian literature as well left its marks on European literature. Johann Wolfgang Goethe’s passion for Hafez inspired him to write his famous West-Eastern Divan (1814-1819), which has been very influential for religious and literary syntheses between the ‘occident’ and the ‘orient’ in the 19th century. Examples of admiration for Persian poetry abound: there is of course the famous translation of Omar Khayyam’s Rubaiyat by Edward Fitzgerald (1859), which was the most frequently read of Victorian poetry. Last but not least, Friedrich Nietzsche wrote Also sprach Zarathustra (1883-1885), referring to the ancient Persian prophet Zarathustra as the prophet of his philosophy.

In our short walk through Iranian-European history, we have now arrived in the 20th century. The Persian Constitutional Revolution of 1906 led to a constitution and a system of constitutional monarchy that were a ‘copy’ of the Belgian ones. Recent European literature plays its part in Iranian culture as well: the famous writer Sadegh Hedayat (1903-1951), who was very much influenced by European writings and lived in Paris, introduced modernism in Persian literature.

We have to tell these stories about our shared past, because words are the only power we have as European citizens to help Iranian citizens in their struggle for freedom. Exactly: words. In the West, we may have lost our belief in the defining power of words, but in Iran, no one has.

The constant efforts of the regime to shut down websites and censor the media are a clear proof of the power of words. Censorship makes it difficult for our words to reach Iran, but it is not impossible. Even if our words cannot flow to Iranians in their home country, we have to keep talking about our shared past and dreams, because Europe is the new home of a large community of Iranian exiles. They too are fighting for their home country to become a better place, and they need and deserve our support.

The current crisis in Iran adds a new element to our shared past, because Iranians are now struggling for those things our European ancestors struggled for at the time of the French Revolution: liberté, égalité, fraternité (liberty, equality, fraternity). As ‘ordinary’ European citizens, we cannot define the policy towards the Islamic Republic, but we can do what Iranians are forbidden to do: talk openly. If we truly take pride in our European culture and institutions, we should emphasize that what binds us instead of what separates us, and talk instead of keeping silence.

I want to bring in mind the famous words of the Persian poet Saadi that adorn the entrance to the Hall of Nations of the United Nations building in New York:

Of One Essence is the Human Race,
Thusly has Creation put the Base.
One Limb impacted is sufficient,
For all Others to feel the Mace.
The Unconcern'd with Others' Plight,
Are but Brutes with Human Face

Anyone who is European today feels concerned with the plight of Iran, and feels the urge to speak against brutes with only a human face. 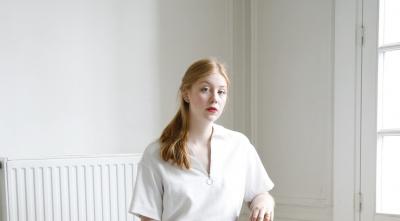