What kind of beer is that Erdbeer? 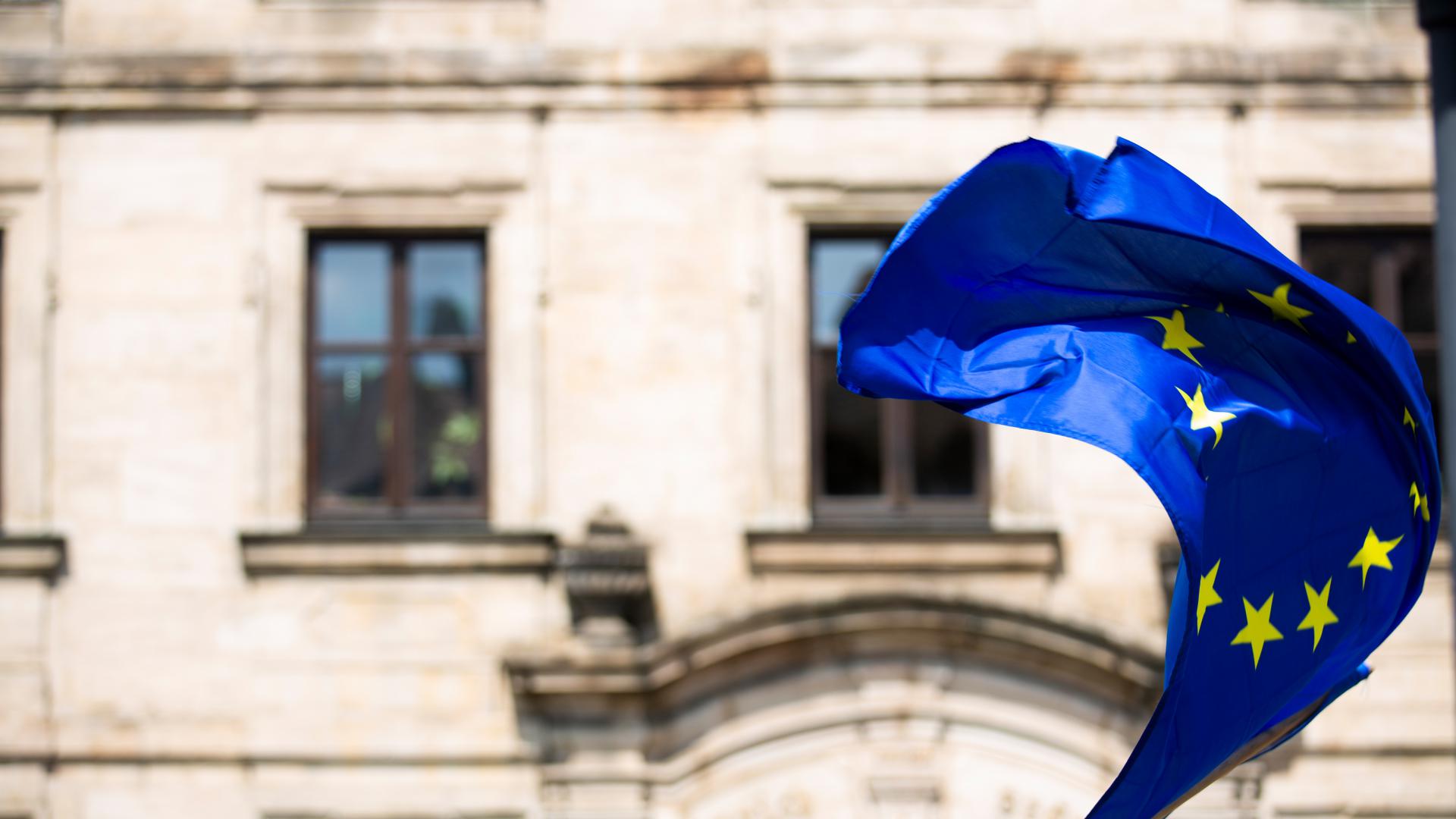 In most articles and economic supplements in the weekly magazines and daily newspapers that have ritually been published on the occasion of the Eurotop meetings in Goteborg, Geneva, Ghent, lots of aspects were being discussed in the various fields of economics, politics, safety and military strategy. About culture however, not a word was uttered. A painful omission of the various journalists, or a clear sign of the times? When talking about the process of European Unification mercantile, economical and safety issues are on top of all the agendas. Culture, usually the basis for any cohesion among people(s), seems not te be an issue at all. ‘Erst kommt das Fressen, dann kommt die Moral,’ Bertold Brecht once wrote quite sharply. However, in the long history of Europe this has not always been the case.

György Konrád, president of the Academy of the Arts in Berlin, some years ago (July 16th 2000) held a speech in the German capitol, in front of one hundred European writers from 43 countries that are being based on the European heritage, from Armenia till Spain and from Estonia till the Ukraine. ‘If the EU means something more than an economical flirt,’ Konrád pronounced, ‘you also have to show some willingness to look into the soul of other, fellow Europeans. By means of reading literary books e.g., written in other European countries.’

Konrád said so in a white tent placed on the Bebelplatz, in front of the Von Humboldtuniversiteit, the very place where the Nazi’s organized their public burning of books, on 10th of May 1933, of Jewish writers and other ‘entartete’ (deranged) intellectuals. It also is the place where the Israeli sculptor Misha Ullman built a book depot underground, with white empty bookshelves that are visible from the street level through a transparent plaque under which the gloomy prophecy of Heinrich Heine from 1810 is written: the burning of books will inevitable result in the burning of human beings (‘Wo mann Bucher verbrennt, werden einmal auch Menschen verbrennt werden’)…

In the 19th century national cultures were constructed with help of the imagination of writers, scientists and historians. In the 21st century, we see each other in front of the challenge to construct a new Europe from top to bottom. Hopefully this construction will not only take place on an administrative and political level. The foundation of a European culture will be a task for the younger and coming generations of European citizens. Not only politicians and businessmen, but also artists, writers, moviemakers must ask themselves the question what Europe means to them, and what their thoughts are about the ground base for a common culture on the continent. ‘For me personally it means,’ Konrád told in Berlin, ‘that nobody can rule uniquely over Europe. Many have tried, but all of them failed. None of them could beat the strength of European individuals and their humanistic values…’

The strength and prosperity of Europe is closely intertwined with its pluralism. The bouquet blossoms when the flowers open, without the whole falling apart. European humanism, that sees human existence as a struggle for freedom, can function as a binding force within this pluralism. The binding role of the EU still happens to be so superficial, that not more than 0,1% of the budget is being spent on culture  (that is twenty times as little as in the field of defence). Europe should stimulate the translating and co-finance the publication of books throughout all of the European countries. This should become something natural, because exactly books can enhance the understanding among nations and people.

The  EU should make it one of its principles to also spread around the production of relevant artistic films and music from other European countries, through mutual funding that can be available and the organization of specific festivals where Europeans can get a glance into one another’s souls. A European literature already existed a long time before the idea of a European Coal and Steel Community came about. The mere existence of a European literature and culture fortunately are not depending on the EU, but when the reverse is going to be the case (when the EU remains ignorant of  the specific culture and literature of its member states) there will be a growing indifference between fellow citizens that will definitely harm the cohesion of the EU in the end. In that case, the current goal of unification will proof to be nothing but an empty case, and the slightest crisis could break the whole project into pieces.

‘What kind of beer is that Erdbeer?’, the Armenian cinematographer David Matevossian, asked me last year on the terrace of an ice cream store in the heart of Dortmund. The Babelonia among the huge variety of Europeans is not something that is likely to disappear in a Europe that is taking a chance in getting closer. Unifying the languages and cultures should not be a goal of the EU; getting to know – and respect – each other better, however, should be. True sympathy and respect are possible, if we do not stand with our backs to each other and also dare to look each other in the face, to hear each other talk & sing, to read what’s on each other’s minds. The current balance is not very hopeful. Dutch people prefer to eagerly reach out for the other side of the Atlantic Ocean, rather than being interested in the books, records or films from the Baltic, the Balcans, or the Iberic peninsula.

In Belgium, the situation is even more awkward. Even open minded writers from the French speaking part of the country admit never having read their compatriot Nobel prize candidate Hugo Claus (Flemish writer, of the same generation and grandeur as Harry Mulisch or Cees Nooteboom). And on the other side of the spectre the situation is not much better, it seems. Many of my Flemish friends can only mention dead French writing compatriots (Michaux, De Coster, Maeterlinck). Gifted and successful authors like Amélie Nothomb and the poet William Cliff were being easily mistaken by some as being either French or English writers.

‘Europe is a continent of words,’ György Konrád stated at the Bebelplatz. And he told the anecdote of the Buddhist monk from Japan who returned to his country after a visit to Europe. ‘And, please tell us, how are they, those Europeans?’, his colleagues wanted to know. His answer was: ‘Nice people. But they talk too much…’ The unity within Europe is still very far away. But perhaps that is not a very bad thing. Diversity forms the power and glory of our continent. Cultural unity means immobility, standstill, dominance, monopoly, and ultimately monotony. The view from high up in the tower of Babel is much more breathtaking than the view from ground floor. But in order not to let the diversity perish in mercantile unification,   European citizens will actively have to show their willingness to get better acquainted with their fellow Europeans. An exchange of translations of literary works from all European countries, is not a luxury but a necessity. 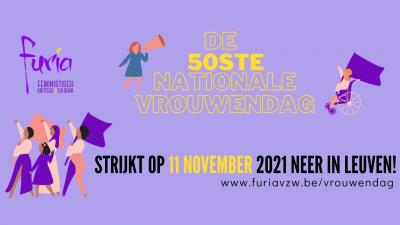 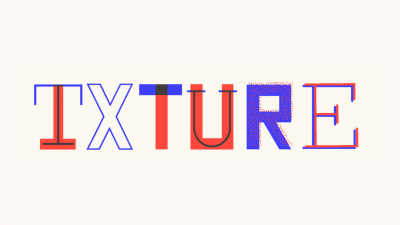 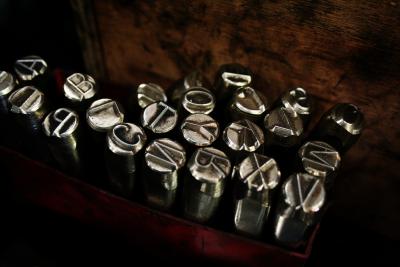 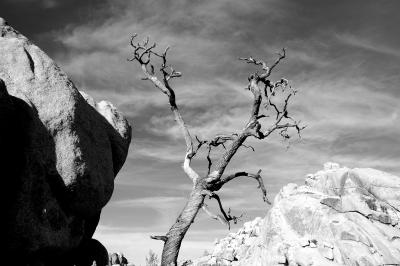