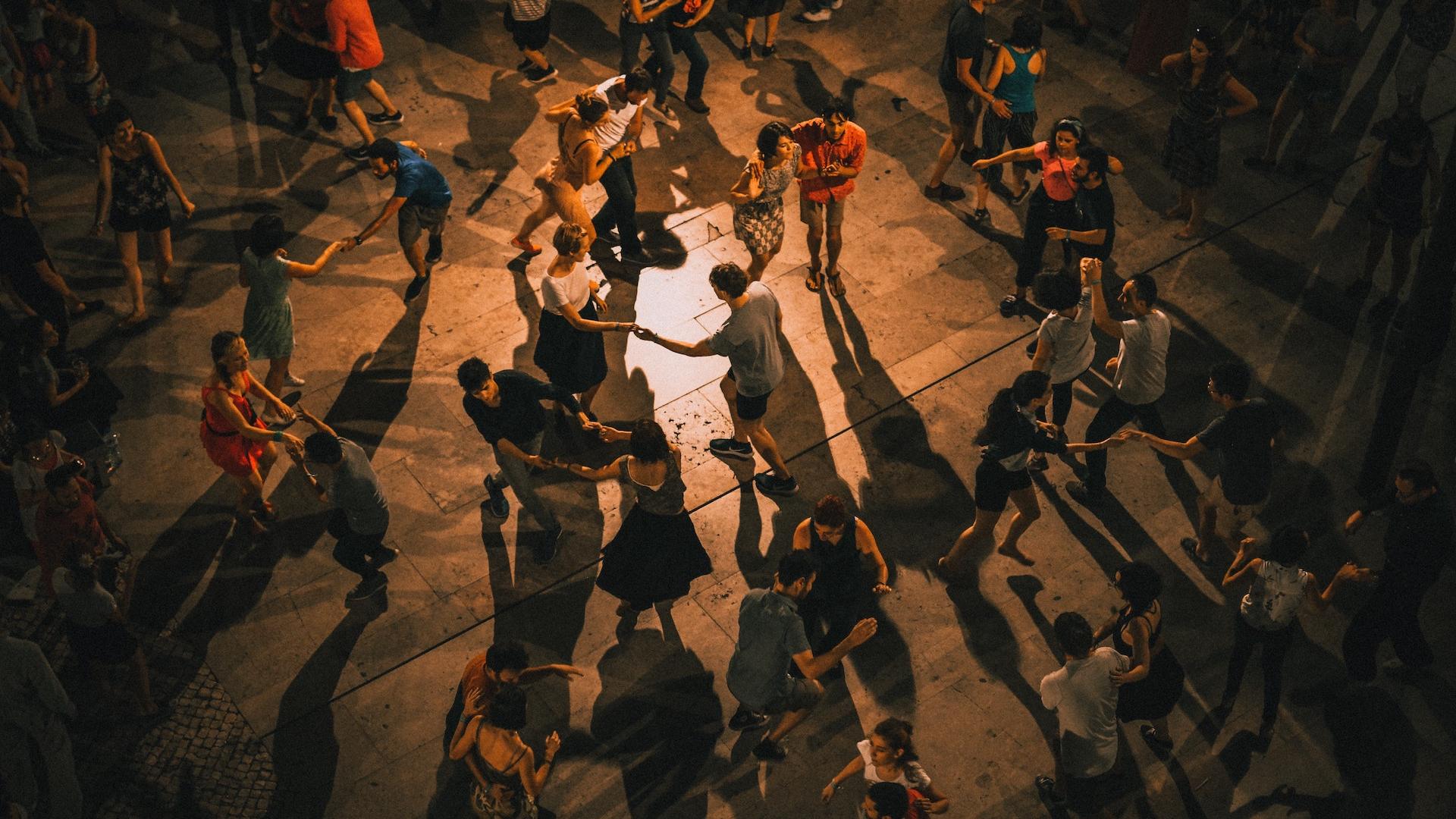 If you want to understand play, observe an expert – no, not me, a two-year-old child. I learned about play from watching my granddaughter paint. She would dip her brush in a colour, turn it around, lift and hold it for a moment to make sure there were no drips, then bring it carefully to the paper and spread the paint in slow, voluptuous swirls. Then she would repeat this, using the same colour of paint and applying it in exactly the same place on the paper. So I would say, ‘Why not try a different colour on a white part of the page,’ but she would not even hear me. Once again, dip, balance, swirl, dip, balance, swirl. She was totally absorbed and rapt, in the kind of transcendent trance masters work years to attain, the mindfulness people go on courses to learn.

What I was trying to do was get her to produce a painting, an abstract Jackson Pollock that would impress her parents, but Mia was interested only in the act of painting, the process not the product. She was not painting a picture. She was playing with paint.

And she understood the true nature of play. So much of what we do is utilitarian, functional – to make money, build a career, find a sexual partner, stay healthy, look young. Everything must have a purpose. But the purpose of play is that it has no purpose, no benefit other than enjoying it for its own sake. To play is to revel in one’s own potential, both mental and physical. Play is an expression of zest. Zest is the spirit of play.

Of course many would claim that play does indeed have a purpose, that young children play in order to learn skills, develop cognition, become social and so on. Others, including me, would argue that these are accidental byproducts. Watch a young child walking along a street, or, rather, not walking but jumping, hopping, skipping, dancing, running, climbing on walls, or trying not to step on the pavement lines, anything but purposeful walking. This is walk as play, a zestful revelling in the awareness of being alive and full of energy and potential. Young children understand zest but most adults have forgotten it.

This is because the Western mindset has become dominated by instrumental rationality and the necessity of goal, plan, direction and progress, what I call the tyranny of the project. For a mindset like this play is childish and frivolous, a waste of valuable project time. This attitude is also responsible for the contemporary obsession with time, now the most frequently used noun in the English language. It’s ironic that we are living longer and longer but have less and less time. How did we become like this?

So much of what we do is function without meaning, but play is meaning without function.

A full answer would need more than ten minutes. The Enlightenment, with its worship of reason and mastery, was a major factor, and there is also the Christian legacy of a God with a purpose and goal for humankind, the man with a plan. All this makes it difficult to accept that, down here on earth, heaven may be doing things just for the hell of it.

It’s worth remembering that the pre-Christian and non-Christian world views were very different, and in some cases based on the belief that the fundamental principle of the universe is play. As the pre-Socratic philosopher Heraclitus put it, ‘The course of the world is a child at play’. And according to Hindu mythology, the cosmos is not a trainset built by God to run on fixed lines but an accidental byproduct of the play of the divine absolute, Brahman, and has no plan, purpose or direction. The dance of Shiva created and sustains all matter, which is ceaseless, rhythmic, dynamic mutation, and reality is described by the term, lila, meaning play or joy. Many contemporary physicists also understand matter at the quantum level as a shape-shifting dance, a kind of play.

It’s also worth remembering that animals play. And the more intelligent the animal the more sophisticated the play. But the most intelligent animal, homo sapiens, has largely rejected play. And a common human approach to animals has been to ignore their play and try to teach them human skills, make them learn for a reward of food. So rats have always been taught to navigate mazes. But recently German researchers had the bright idea of encouraging rats to play. The game was the one children love, hide and seek, and the results were startling. Without any food reward the rats quickly understood the roles of both hiding and seeking – and they loved it, uttering squeals of delight and doing jumps of joy. There is a video of this on Youtube and watching the rats would probably be more inspiring than watching me.

So much of what we do is function without meaning, but play is meaning without function. The lesson is obvious – play. But how? Play is usually associated with games but games often involve competition. The purpose is the pleasure of winning. I can’t even play games with my grandchildren without trying to win.

But the lesson is not just to play games or dance but to develop a play attitude in general, to appreciate activity for its own sake rather than some result.

There are many authentic forms of play. Sexual play is the most exciting, and creative play is almost as good. All creative activity is play. But the purest form of play may be dancing. Shiva’s dance created the cosmos and from the heart of the atom to its outermost galaxies everything dances. At the fundamental level matter is a mad dance of energy and in space galaxies and black holes spin. Cells in organisms also dance. The gut has its rhythm, the heart has its rhythm, the brain has its rhythm. The human body is a rhythm orchestra so its most intense expression of itself is to move in rhythm. Every culture dances and dance probably goes back to the Palaeolithic age. One of my greatest regrets is that I mostly gave up dancing after my teenage years.

But the lesson is not just to play games or dance but to develop a play attitude in general, to appreciate activity for its own sake rather than some result. Instead of understanding play as function, turn function into play. Easier to preach than to practice of course. I’m a product of the Western mindset, so I find it really difficult to play.

But I try to adopt a play attitude at two levels. There is the philosophical approach of understanding the world as the mischievous dance of Shiva, a sort of cosmic joke that calls for a cosmic sense of humour, understanding life as the comic novel of God. And there is the phenomenological approach of enjoying mundane activities for their own sake, for the sensual experience itself rather than the function. This has the extra advantage of enhancing perception.

When I write in the morning I begin by sharpening a pencil, the sort of task that we usually perform unconsciously. But I make it a three-stage ritual, a sacrament. First, the snug fit of the head in the sharpener. Second, the firm twist and crunchy engagement with the blade that makes shavings spring out. And it’s especially satisfying if the pencil is polygonal like this and the shavings come off in an unbroken line, the scalloped edge rimmed with colour like a flamenco dancer’s dress. Third, the withdrawal of the head, reborn, no longer blunt and grey but fragrant, with bright fresh skin and a surgical point.

Now it is ready to write, which should be another form of play.

Bekijk 'I was lonely, but I was having fun', het artistieke weerwoord van Maxime Garcia Diaz. 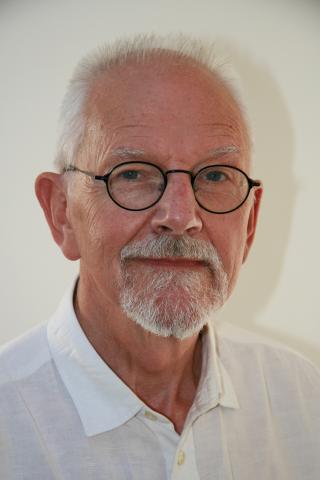 Michael Foley is a Northern Irish writer who lives in London and has published poetry, fiction and non-fiction. His latest non-fiction book, Isn’t This Fun? is an anthropology of contemporary fun, investigating its various motivations and forms, including festivals, dancing, dressing up, comedy, transgressive sex, holidays, games and play. 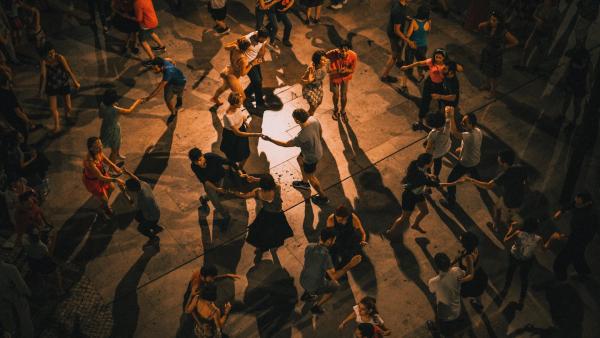 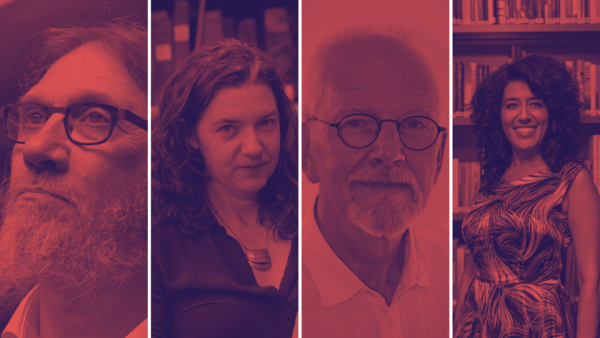 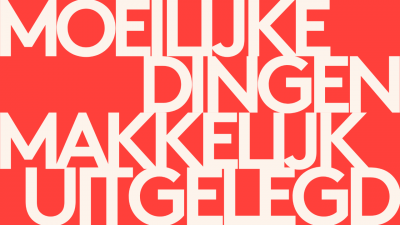 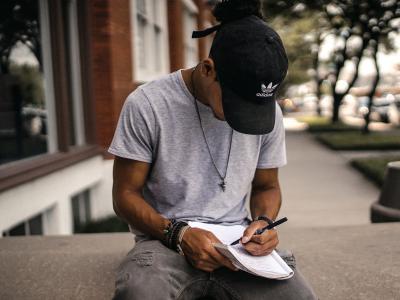 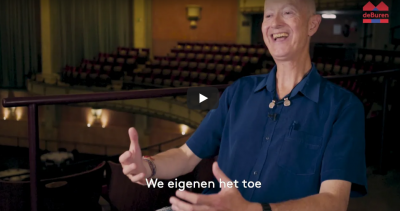 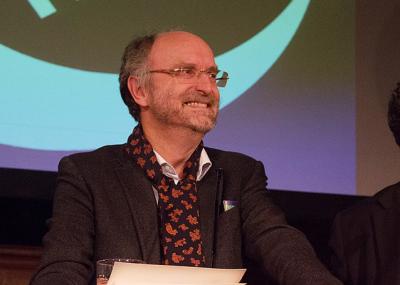